I had this issue while setting up two webcams with a Raspberry Pi and Motion. 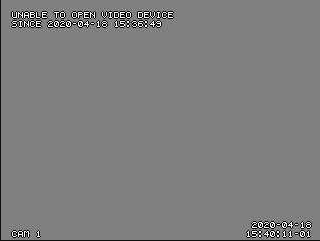 After a reboot, or after unplug/plug of a USB webcam, its device naming may change, therefore Motion configuration becomes incorrect.
In Motion .conf files, each camera shall be called by its device name, for example:
videodevice /dev/video0

In addition, in my setup I have 2 names per webcam, and only one of them is valid for Motion.

Plug/unplug your camera to know what are its identifiers.

The solution I found is to use a static naming of those webcams, fortunately in /dev/v4l devices can be called with their id and path.

The xxxxxx and yyyyyy are the manufacturer name, product name and serial number, you can see them by using dmesg:
dmesg | grep usb

Now in the motion .conf files, call the camera by its id, for example:
videodevice /dev/v4l/by-id/usb-xxxxxx_xxxxxx_xxxxxx-video-index0

I tested it by unplugging and plugging again, and by doing a reboot, it works with no issue.

I read about another workaround to define a rule in udev, but I’m not doing it for the moment.

If you have any question or remark feel free to add a comment.